-A textile manufacturer from the UK is expanding its distributors’ network in Europe and needs to translate a trade agreement into Spanish. Afterwards, this will have to be signed by its future distributor in Spain. It’s a formal text, containing legal terminology and phraseology. The manufacturer needs a specialised translation (legal).

-An architect’s office is in the process of setting up a new branch in Jordan together with its partner. They are requested to translate several corporate documents into Arabic, including the company’s articles of association. These documents were already signed and made official a long time ago; they are formal and contain terminology and phraseology like in the first situation. However, they have to be certified (as a notary would do) to be valid in the legal context of the country where the activity will take place. The architect’s office needs a sworn translation.

Example of document types that would need a legal translation but also a sworn translation if required by the Administration or by other entities (for legal procedures, in order to guarantee the accuracy of the translation of a document originally written in another language):

-Deed of incorporation, articles of association (or bylaws)

What is the difference between a translator specialised in legal texts and a sworn translator?

A translator specialised in legal texts is a professional with a broad experience and education in this specialised field, with a perfect command of legal concepts and phraseology.

A sworn translator is the same but additionally they are authorised as a sworn translator having passed a public exam. They guarantee the accuracy of the translation and their signature and certificate have the same validity as a notary.

How many languages can a sworn translator translate into?

A sworn translator can only translate into the languages they have been authorised to by passing a public exam held by the Administration.

Is there any special formality in sworn translations?

Do both kinds of translation have the same price?

No, they don’t. The price for a sworn translation is higher since the translator assumes responsibility for the translation. Moreover, it has to be delivered in paper format so the shipping costs have to be added to the final price.

What can Cotranslating do for me?

Carme Estévez March, member of the team, is a sworn English-Catalan translator. Cotranslating manages both kinds of translations in any language combination since we have a network of experienced professional translators and proofreaders to deliver top quality services in other languages.

Contact us for a free quote and we’ll get back to you as soon as possible. 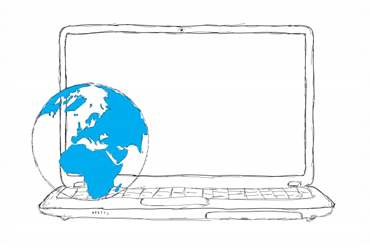 The objective of the Cotranslating blog is twofold. On the one hand, it aspires to become a source of information packed with useful tools and resources about the world of communication, with a focus on translation, proofreading, interpreting, language lessons and copy writing.. On the other, it hopes to become a meeting point where visitors can exchange views and anecdotes about languages and business. Our posts are based on the professional expertise and the interests of Cotranslating’s two founders. Don’t be shy! Follow us and join in!